(the home of Tullamore Dew) 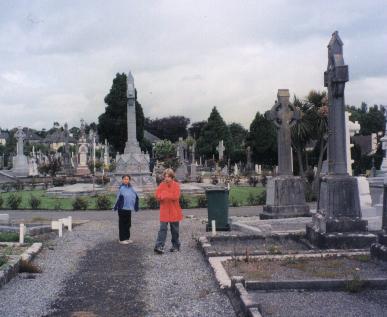 Looking for relatives in Tullamore

There is a tale told among the Mahons of Tullamore, County Offaly, Ireland, and among their descendents throughout the world:

In the year 1798, three brothers who were descended from the McMahons of Oriel -- Hugh, James, and Thomas Mahon -- took part in the United Irish uprising. The brothers were captured by British forces and sentenced to hang. Ireland History in Maps (1800 AD)  A landlord from Mountpleasant (an estate now known as Gortnamona), in County Offaly, saved the three brothers by taking them as laborers. The landlord was Maurice O'Connor, an heir of the ancient princes of Offaly with enduring sympathies for the Irish cause. The Offaly History and Archeology Society describes him thus:

"The late Maurice Nugent O'Connor (is) a name still remembered with respect in the King's County. This gentleman married Maria, eldest daughter of Sir Thomas Burke, of Marble Hill, County Galway, sister of the Countess of Clanricarde, the Viscountess Strangford, and Lady Tichborne, of Alresford, and was for many years a leading member of our landed gentry. Mr. O'Connor had great political and social influence; played a conspicuous part at County Elections -- in fact it was chiefly owing to him that Mr. Bowes Daly was often returned for the King's County -- and distinguished himself for his steady support of Roman Catholic Emancipation. He died in 1818; and his King's County estate has, through his daughter Elizabeth, devolved upon his grandson, Judge O'Connor Morris." (source: http://www.offalyhistory.com/)

O'Connor settled the three Mahon brothers on a small holding at Holemshill, Blueball, Tullamore. From there, James Mahon married a widow named Mrs. Kinahan, and brother Hugh married her daughter Ann. They obtained the tenancy of a farm at Killurin, not far from Tullamore, where they established the family of Mahons who are prominent in the Tullamore region today. Meet the Killurin Mahons. The Killurin Mahons have achieved prominence overseas as well. Hugh Mahon served as an Australian government minister, and John Mahon as a renowned bishop in Africa.)

This tale consists largely of family lore, but the authors of this website are conducting research to document the connection between the McMahons of Oriel and the Mahons of Tullamore.  If you have information that may contribute to this research, please contact Jeff McMahon.

As it turns out, we are descended from a branch of the Mahons known as the Cooldaragh Mahons, also of County Offaly and about two miles from Killurin, as the crow flies.  The two Mahon families say that they are not related to one another.

Cooldaragh is a farm, or a townland that consists primarily of a single farm. 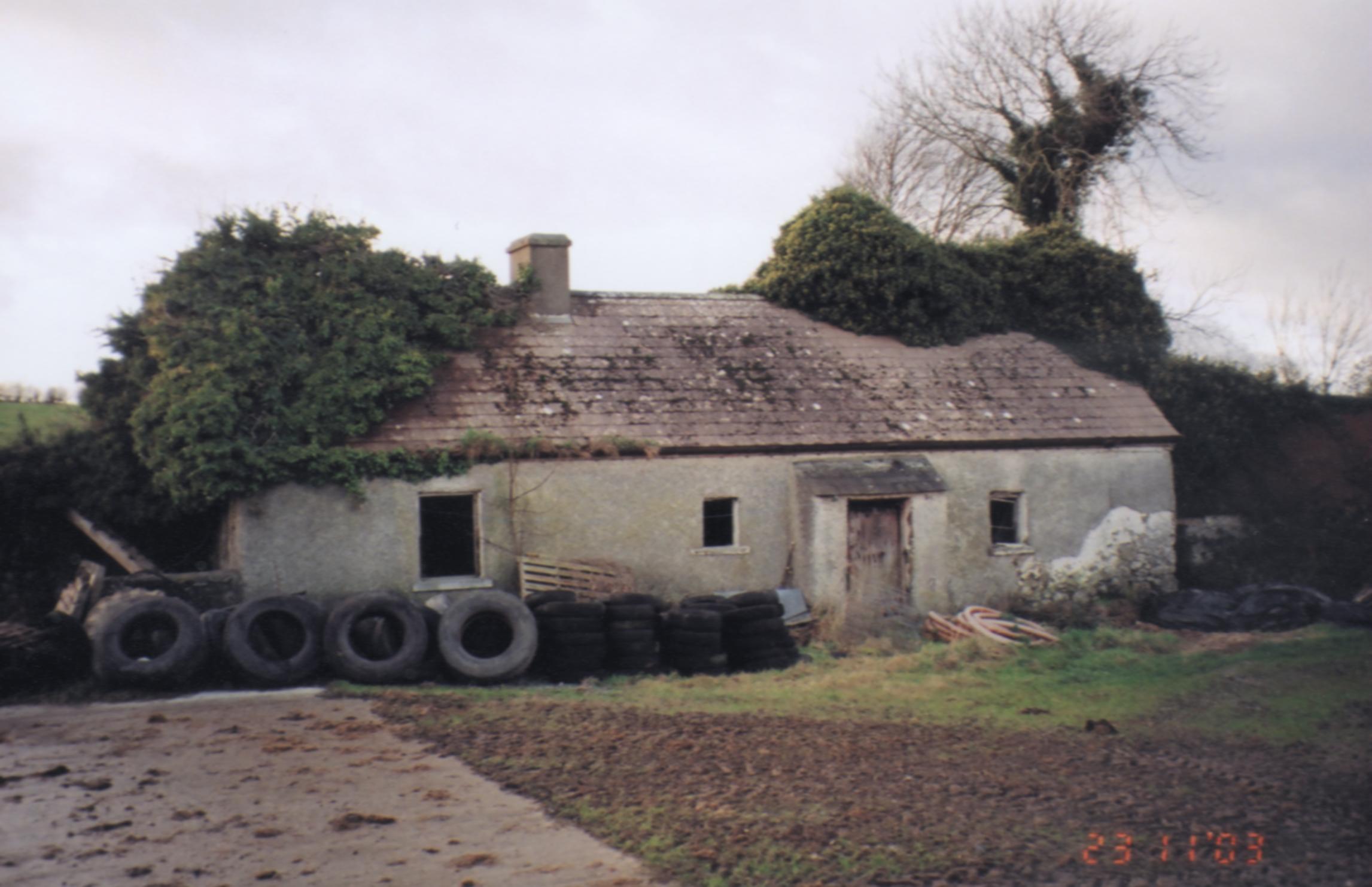 This is Cooldaragh, the farmhouse in which John Mahon and Rose Molloy lived and raised the following children:

Each of the Cooldaragh Mahons is descended from the individuals listed above.  Here we are at a gathering in November, 2003: 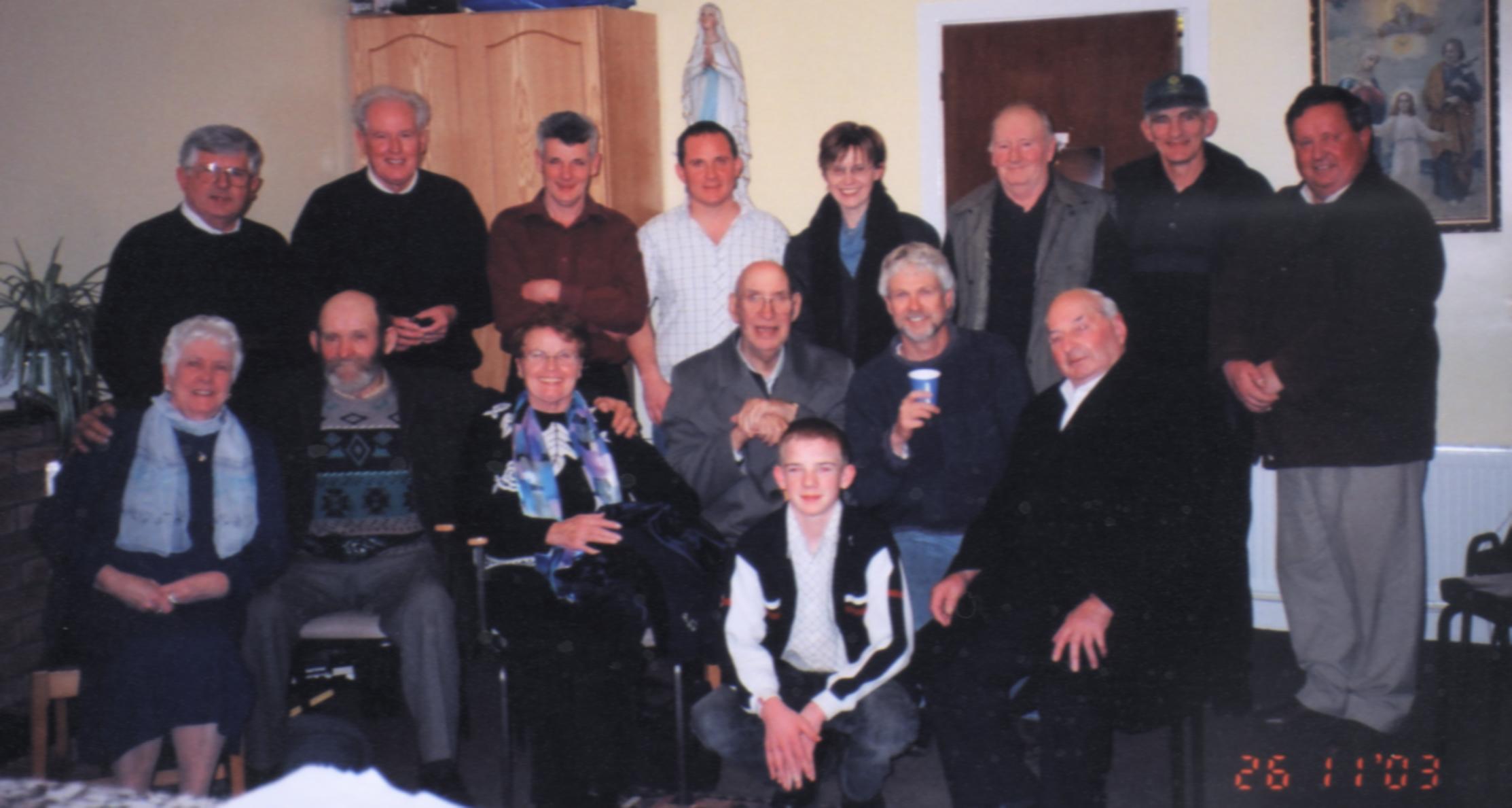 The oral tradition of the Cooldaragh Mahons is that the MacMahons of Thomond, County Clare migrated from Clare to both Monaghan and Offaly.

Here is an excerpt from the Annals of the Four Masters that places Mac Mahons of Oriel in or near Offaly in 1600:

Some gentlemen of the Mac Mahons of Oriel, with one hundred soldiers, were hired by O'Carroll (Calvagh, the son of William Odhar, son of Ferganainm), in the spring of this year; and at the time that their wages should be given them, O'Carroll with his people went to them by night and slew them on their beds, and in their lodging houses. He hanged some of them from the nearest trees. The party of one village, however, made their escape in despite of O'Carroll.

On leaving this country, O'Neill passed over the upper part of Slieve Bloom westwards, and sent forth three parties in one day to ravage Ely, because of the enmity he bore O'Carroll, Lord of Ely, i.e. Calvagh, the son of William Odhar, son of Ferganainm, and in revenge of the base murder and intolerable massacre which he had committed upon the gentlemen of the Mac Mahons of Oriel, whom he had under his protection and in his service, as we have related, in the preceding year. The evil destiny deserved by that wicked deed befel the territory of Ely on this occasion, for all its moveable possessions, wealth, and riches were carried away, and nothing left in it but ashes instead of its corn, and embers in place of its mansions. Great numbers of their men, women, sons, and daughters were left in a dying and expiring state; and some gentlemen of his own tribe and kindred were left in opposition to O'Carroll in the territory.

At this point, our research continues.  We have conducted DNA tests of both branches of Mahon and of the Monaghan Mac Mahons in order to determine if a relationship exists between them.  That will tell us where to focus our next research effort. 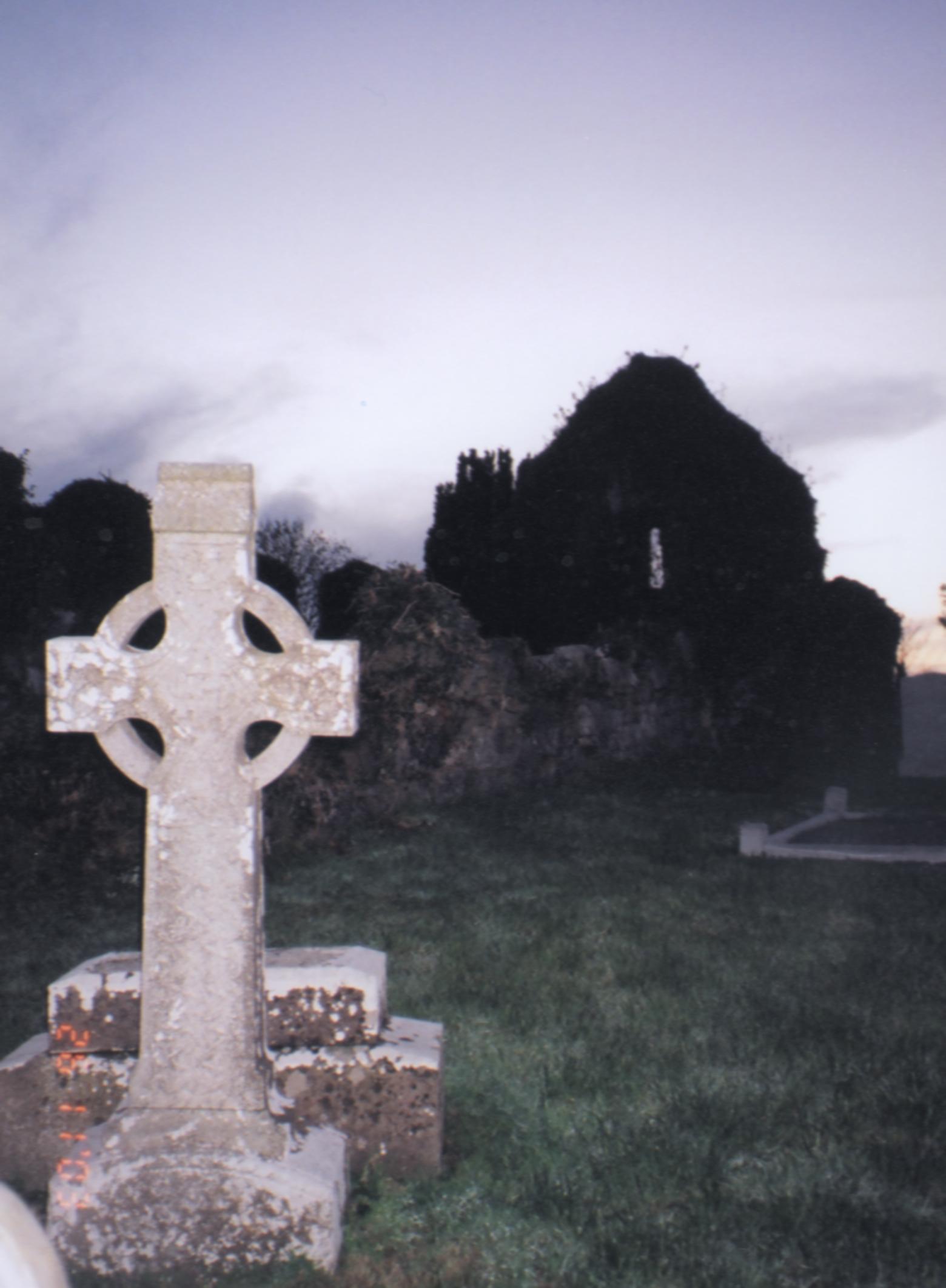 The church of Killoughy and surrounding graveyard, where Mahons are said to be buried.  The church was burned to the ground in the 1640s.

'Every Man Deserves His Dew'

This map shows the location of the Mahons in County Offaly:

Your Irish Roots : personal report for your irish family and Ancestors