The Three Baronies: Dartry, Farney, and the Lucht Tighe 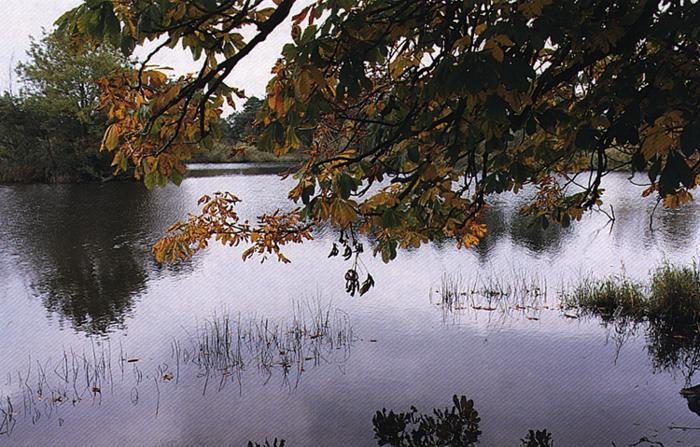 Tully Crannog (on the left) in Convent Lake, headquarters of the Monaghan MacMahons

"As the Sixteenth Century opened," writes Peadar Livingstone, "it could be argued that there was not one but three MacMahon kingdoms in Monaghan."

The MacMahons seem to have spent as much time fighting amongst themselves as they did fighting their external enemies (a quality still discernable in some MacMahons today). Toward the close of the 15th Century, the family and the kingdom had split into three distinct groups:

The family of Eoghan MacMahon ruled Dartry from their fort at Lisnagore, near Clones. Livingstone describes these as the Dartry MacMahons.

The descendents of Reamonn MacMahon ruled the northern part of MacMahon's Countrie, also known as the Lucht Tighe, from Monaghan. Livingstone calls them the Monaghan MacMahons.
The descendents of Red Hugh MacMahon remained powerful in Farney, headquartered at Lurgans and then at Lisanisk, near Carrickmacross. These became known as the Farney MacMahons.
Some imprint of these divisions lingers in the outlines of County Monaghan's modern baronies.

In political matters, the English and the O'Neills of Ulster sometimes treated these three divisions  as three distinct kingdoms. Nonetheless, the MacMahons continued at least ceremonial appearances of a unified Oriel. They continued to appoint a single chieftain as "The MacMahon" at the Hill of Leck. The title became less coveted and less a point of strife as the divided MacMahons struggled against their neighbors and one another for their very survival.

"The very fact that the Monaghan branch monopolised the chieftancy from 1513 to 1589 is a strong indication that the other branches felt there were more important issues to concern themselves with," Livingstone writes (The Monaghan Story, p. 61)

The O'Neills imposed an overlordship on the lands of Oriel and tried to exact tribute from the MacMahons. The MacMahons struggled to free themselves from this burden, and when they failed they struggled just as mightily to make their small kingdoms prosperous. Often they took arms against one another in shifting alliances with or against different branches of the O'Neills.

Except for scuffles with the Maguires of Fermanagh, the Dartry MacMahons enjoyed the most peaceful reign in the 16th Century.

Out of political necessity, the Monaghan MacMahons tended to align with the fiercely Irish O'Neills who pressured them from the North.
Meanwhile, the Farney MacMahons tried to maintain a precarious peace in proximity to the Pale, an area of English dominion that reached as far north as County Louth. As the English grew more powerful, the days of raiding the Pale slipped into the storied past. During the rule of Ever MacMahon, the Farney MacMahons adopted some English customs, began speaking English, and, it is whispered, even aligned with the English against their MacMahon cousins to the West.