The Legend of the Ulaid, Queen Macha, and the Red Branch Knights 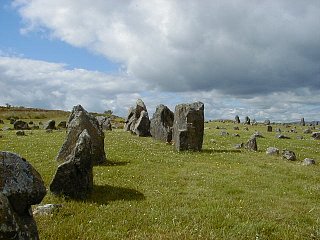 Of the line of Ir, son of Milesius, to whom Ulster had been apportioned, that Branch called the Clan na Rory (after its great founder, Fory, who had been King of Ulster, and also High King of Ireland) now ruled the province ... And their capital city and the king’s seat had been at Emain Macha. During practially all of this time, from that fort’s first founding by Queen Macha, the royal Court of Ulster had been a court of splendour, and ever noted as a centre of chivalry and the home of poetry.

"After Cimbaeth had been seven years in the sovereignty of Ireland for the third time, Macha, daughter of Aedh Ruadh, son of Badharn, said that her father's turn to the sovereignty was her's.  Dithorba and Cimbaeth (her uncles) said that they would not give the sovereignty to a woman.  A battle was fought between them; Macha defeated them, and expelled Dithorba, with his sons, into Connaught, so that he was slain in Corann.  She afterwards took to her Cimbaeth as husband, and gave him the sovereignty.  She afterwards proceeded alone into Connaught, and brought the five sons of Dithorba with her in fetters to Ulster, by virtue of her strength, and place them in great servitude, until they should erect the fort of Eamhain, that it might always be the chief city of Uladh (Ulster)."

The Annals of the Kingdom of Ireland

~ by the Four Masters 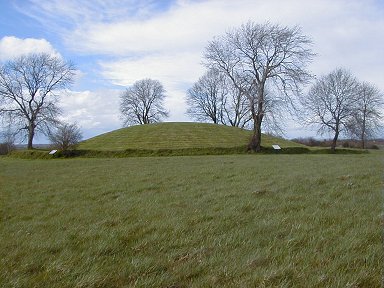 A story must begin somewhere and so I have chosen to begin this story with the legend of Queen Macha, (Macha Mongroe, or Macha of the red hair), daughter of Aedh Ruadh, one of three brothers who shared the sovereignty of all Ireland and after whom Eamhain Macha (now known as Navan Fort) is named.  After seven years, her husband and uncle, Cembaeth, died and Macha reigned as Queen.  Macha reigned for seven years until she was killed by Reachtaidh Righdhearg, son of Lughaidh.

After ruling for twenty years, Reachtaidh Righdhearg was slain by Ugaine Mor, the foster-son of Queen Macha.  Ugaine reigned for forty years and had twenty-five children, 22 sons and 3 daughters.  To each of his children he allotted a portion of Ireland establishing territories that remained in place for some 300 years.

It was Eochaidh Feidhleach who after becoming sovereign over all of Ireland in the Age of the World, 5058 rescinded the division of Ireland into twenty-five parts, and divided the Kingdom into five provinces over which he appointed a provincial king.  Fearghus, son of Leide, was made King of Uladh.  Fearghus had three sons, Breas, Nar, and Lothar, often refered to as the three Finns of Eamhain and six daughters the most famous of whom was Meadhbh or Mab.  Mab is remembered today as the queen of the faeries of Ireland (Queen Mab of Spenser's Faery Queen).

About the year 5070 or afterward, a war commenced between Ulster and Connaught.  It is during this seven year war that the famous tales emerged of the valour of the Craebh Ruadh, or the Red Branch or Red Knights of Ulster and the heroes Conall Cearnach and Cuchullainn.

Long, long ago beyond the misty space
of twice a thousand years,
In Erin old there dwelt a mighty race,
Taller than Roman spears,
Like oaks and towers they had a giant grace,
Were fleet as deers
With winds and waves they made their ‘biding place,
These western shepherd seers.


Their ocean god was Mannanan MacLir,
whose angry lips,
In their white foam, full often would inter
Whole fleets of ships;
Crom was their day god, and their thunderer,
Made morning and eclipse,
Bride was their queen of song, and unto her
They prayed with fire-touched lips.


Great were their deeds, their passions, and their sports;
With clay and stone
They piled on strath and shore those mystic forts,
Not yet over thrown
On cairn-crowned hills they held their council courts
While youths alone,
With giant dogs, explored the elks’ resorts,
And brought them down.

The Ulaid dynasty prospered for some 994 years, though their power center over time became limited to the area known as Ulster today.  During this time they became known as the fiercest of the Irish tribes and Eamhain Macha as a great city of culture and finery.

But in the beginning of the fourth century, Ulster’s power was irrevocably broken, and by far the greater portion of her territory wrested from her - her people driven into miserably narrow bounds from which, ever after, they can hardly be said to have emerged.  It was when Muiredeach Tireach, grandson of Carbri of the Liffey, was High King of Ireland, that Ulster was despoiled and broken by his nephews, The Three Collas, who, on the ruins of the old kingdom of Uladh, founded a new kingdom - of Airghialla (Oriel) which was henceforth for nearly a thousand years to play an important part in the history of Northern Ireland.

As one reads the Annals, it is clear that the Ulaid continue to exist and played a key role in northern Ireland.  Apparently though, their territory was vastly diminished and their power contained by the establishment of Airghialla, or Oriel, at the time of the Collas and onward forever more.

Next Page: the Three Collas

These links, from Dennis Walsh's site: An Irish History in Maps, are interesting in showing both territories and the genealogies of the local tribes:

The Three Collas and the Kingdom of Airghialla