The Curse of the Fingal

This is an interpretation of the famous Celtic Tree of Life. It has interlacing silver branches and roots, with copper leaves, and tiny copper acorns (which occur in threes, a magical number in a lot of ancient cultures including the Celts). The tree itself is an oak tree, the tree of the Druids, and there is a small Celtic Serpent curled at it's base. The Celtic Serpent represented eternal life and rebirth to the Celts.

A couple of years before I began this journey of investigating the background of our ancestry, I was participating in a workshop in the mountains of Utah.  The workshop pertained to shamanic healing, or energy work, the 'seeing' of the luminous body and the luminous threads that connect us to all other living beings.  At this workshop I was told by several other participants that they could 'see' a connection to a long ago family 'curse'.  That curse existed in the form of a thread extending from the left side of my upper back or shoulder area upward and behind me to the right where a lone raptor flew high overhead.

I did not know what to make of this then and I know little more about it now.  Nor do I judge it, assess it, or worry about it.  It is a connection that was 'seen', existing in another dimension, an energetic dimension.  I passed this information along to my siblings, thinking they might wish to be aware of it.  I pass it along to you now.  I'm not saying I believe in it or don't.  Do with it what you will.

So it came as no surprise, but as a demonstration of synchronicity, when I began this research and one of the first topics I came upon was the curse of the Fingal.  The curse is well documented and extends back to an action taken by the Collas.  This is what happened:

"The word fingal signifies the murder of a relative or clansman, and was considered to be so great a crime among the ancient Irish, that a curse was believed to alight on the murderer and his race.  A druid had informed the Collas that if they could exasperate the king (then Muireadhach Tireach) so as that he would kill them or any of them, the sovereignty would be wrested from him and his line, and transferred to their descendants."

The Collas had killed Muireadhach's father, thereby inflicting the curse of the Fingal on themselves and presumably on the entire tribe of the Airghialla, which extends of course to you and me to this day.  By this I mean to say that we are members of that tribe by descent.  The brothers had hoped to transfer that curse back to Muireadhach's line by confronting him, or so the story is told.  Muireadhach, after consulting with his druid, didn't go for it and so the curse remained in place.

It is clear from the literature that the curse of the Fingal was believed to exist at the time of the Collas.  What is less clear then is how the Irish could participate in so much murder of close relations.  If one reads either of the Annals it is very clear that murder of cousins and even brothers, certainly uncles, was commonplace among all of the clans whose families held one of the minor kingships or the sovereignty.  If such a curse existed then surely all of Ireland must have been afflicted.

Ireland at the time was no different and perhaps less violent than England or France.  We know no more than this and can expound on it no further.

I will say that whilst in Ireland, the children, Jeff, and I stood on the hill of Mullach Leachta and held an unwinding ceremony.  This is a ceremony of the shamanic tradition intended to unwind an imposed curse.  It seems to me from where I sit that the unwinding is at work and working.  Only time will tell for certain.... 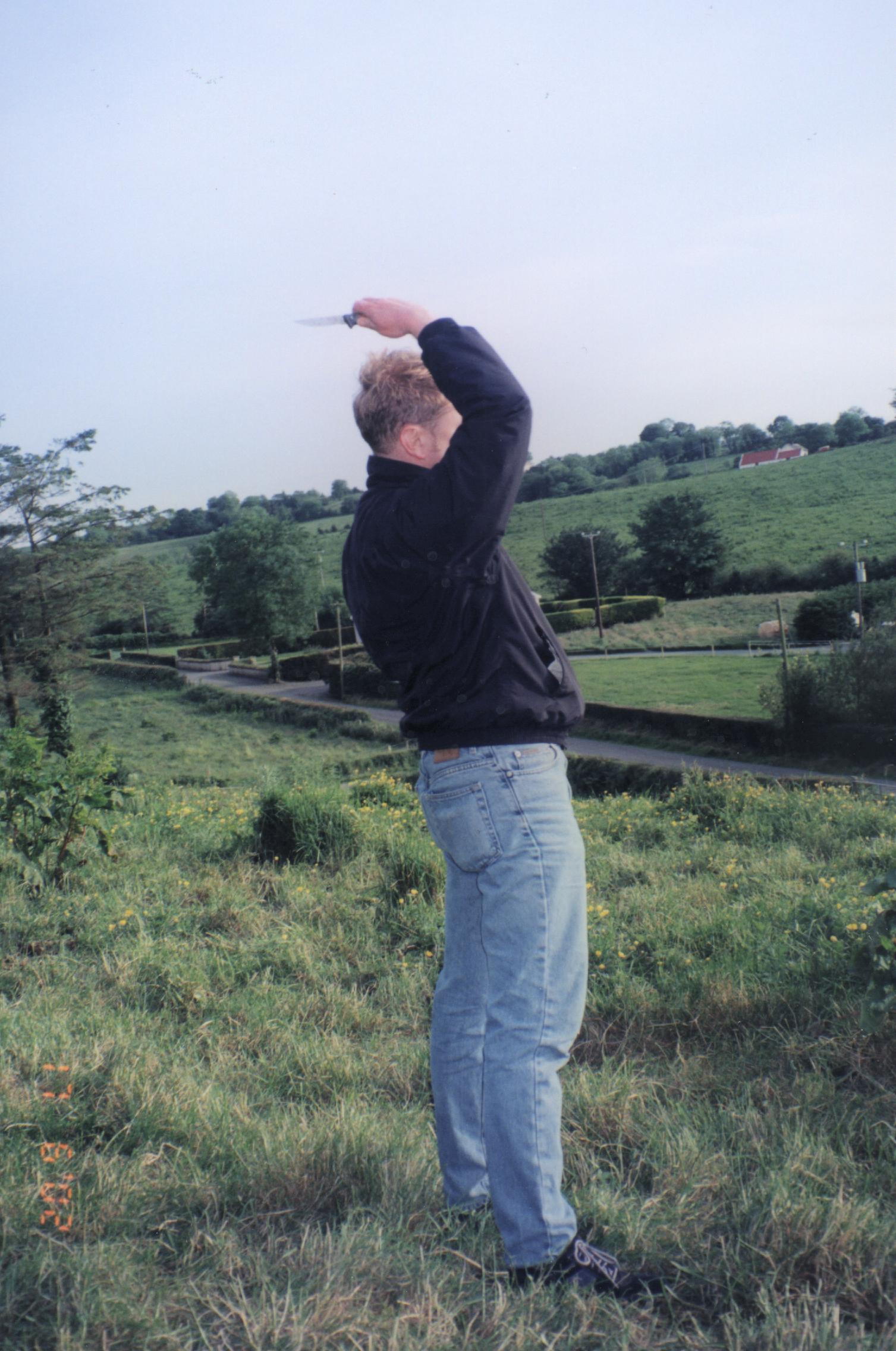 Jeff cutting the luminous threads in a ceremony at Mullach Leachta

The Last of the Fire Kings

With a bulging
String bag and vanishes
Where the lane turns,

Who drops at night
From a moving train

And strikes out over the fields
Where fireflies glow
Not knowing a word for the language.

Either way, I am
Through with history -
Who lives by the sword

Dies by the sword.
Last of the fire kings, I shall
Break with tradition and

Die by my own hand
Rather than perpetuate
The barbarous cycle.

And prowled by day
In the sacred grove
For fear of the usurper,

Perfecting my cold dream
Of a place out of time,
A palace of porcelain

Where the frugivorous
Inheritors recline
In their rich fabrics
Far from the sea.

But the fire-loving
People, rightly perhaps,
Will not countenance this,

Demanding that I inhabit,
Like them, a world of
Sirens, bin-lids
And bricked-up windows -

Not to release them
From the ancient curse
But to die their creature and be thankful.

Who Were the Druids?