And what are crannogs? 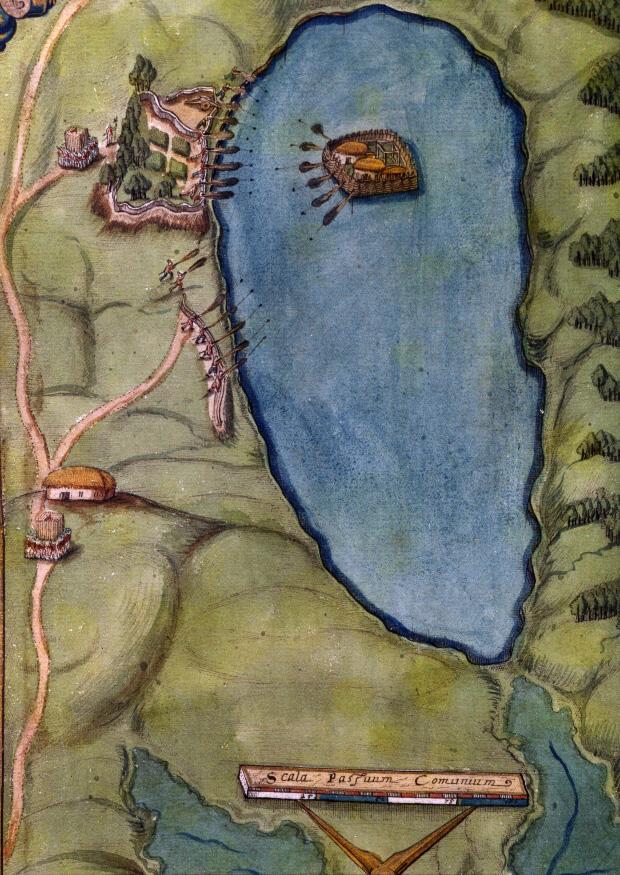 Referred to as the Bartlett Map, this illustration shows a battle at Monaghan town with locals under siege in their crannog.

Crannogs are lake forts, built upon logs embedded in the lake bottom. These forts provided secure refuge during time of attack from other tribes or invaders.  Crannogs were a traditional fortification in Oriel before and during the reign of the McMahons.  They were perhaps also a key to the eventual loss of the Kingdom.  When the English invaders brought the cannon to northern Ireland, crannogs no longer afforded the safety that had once made them critical to retaining control over their lands.

Made of wood, the only remnant of crannogs are what appear to be small islands in the many lakes of County Monaghan today. 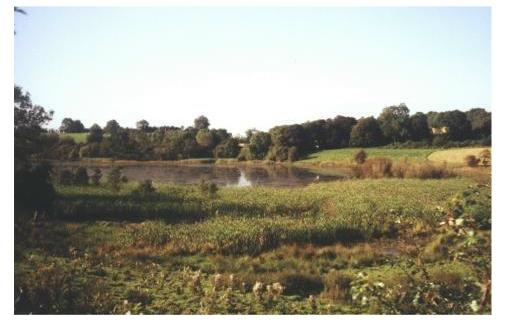 Rooskey Lake Crannog was an important stronghold of the Dartrey MacMahons

The lake has silted in over time. The remains of the crannog appear as the brushy area on the right.  Photo by Grace Moloney (September 2002)

A McMahon crannog is in the trees to the left of the building you can see in the distant center.  This crannog was the headquarters of the Farney MacMahons.  The building is the Lisanisk Guest House at Carrickmacross. 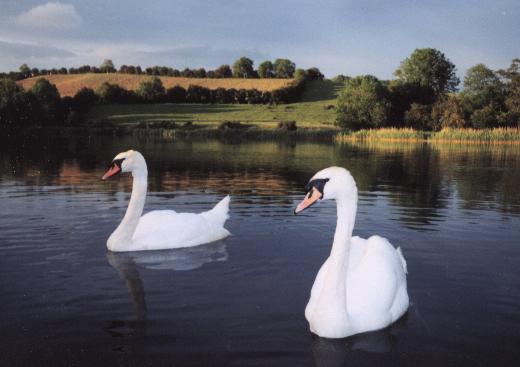 ancient myth has it that these are the children of Lir; the faerie folk