County Monaghan and the Kingdom of Oriel 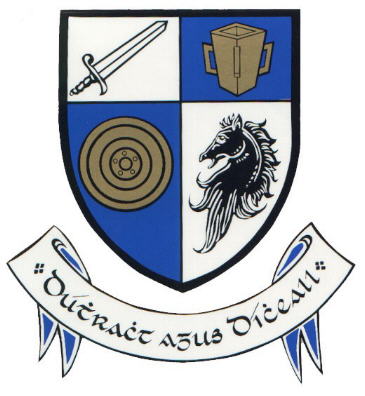 An overview of the cultural landscape of Monaghan

Rolling hills interspersed by lakes and wetland, the drumlin region of south Ulster is a unique physical and cultural landscape. The glacial deposits fell unevenly in these parts and the place names reflect their varied shapes and sizes. Here are ridges (droim) and rounded hills (cor) in abundance, some with their own summits (mullach), and the higher hills aspire to the title of mountain (sliabh), although they rarely rise to more than 300 metres. ‘These are my Alps and this is my Mattahorn’, the poet Patrick Kavanagh wrote proudly of the hills of his native Inniskeen in south Monaghan. From the highlands at Corduff, Aghnamullen, Corcaghan, Killeevan and Ture, as well from the more lofty Mullyash and Bragan, there are spectacular vistas.

And between the hills, the lakes are as different from one another as they are numerous. From Rahans in Magheracloone, through lovely Muckno, to Annaghmakerrig and the head waters of the Erne, this is part of Ireland’s most extensive lakeland. Numerous rivers, streams, blind loughs, marshes and bogs add to the distinctive beauty of the region and help explain why it proved so formidable an obstacle to would-be invaders over thousands of years.

Winding its way from the Dorsey and along the boundary of Monaghan and Cavan until it reaches the Erne, the Black Pig’s Dyke (or ‘worm ditch’ as this prehistoric linear embankment is known in some parts), provides testimony that this has long been a buffer zone between north and south. The hills, thickly wooded at one time, were virtually impenetrable and neither Roman, Viking nor Norman held sway here for long. From rath, lis and dún the people of Oriel (the Gaelic territory that encompassed the present County Monaghan) kept sentinel on the herds of cows that were their source of food, wary of the invaders who would drive all before them. In time of conflict, artificial islands (crannóg) in the lakes provided a safe retreat, but Bagenal’s destruction by fire of the McMahon crannóg at Rooskey near Killeevan demonstrated that such safety could never be guaranteed!

The drumlins have witnessed their share of war and they have been shaped to some extent by successive phases of conflict. As they watched the Norman’s extend their control over the Pale, the McMahons of Farney in south Monaghan peopled their borderlands with hardy mercenaries from the islands and highlands of Scotland. Like the Normans, these Gallowglasses (Gallóglaigh), descended from Viking and Gaelic stock became part of the landscape within which they settled. McCabes and McDonalds joined older clans; McMahons, McKennas and Treanors, and these, in turn, were joined in the 17th century by new waves of settlers as Elliotts, Johnstons and Grahams traded their lives as outlaws in the marchlands between Scotland and England for a new borderland in south Ulster. In the face of fierce resistance, they came in their hundreds and then in their thousands from Scotland, England and east Ulster, bringing with them new ways and a new social order. From the last bastions of Gaelic culture in south Oriel, Art McCumhaigh and other great poets lamented the passing of the Gaelic order, leaving behind them a rich, if poignant, cultural legacy.

Great landed estates and newly established market centres sprang up throughout the drumlin region. Huguenot refugees (ie French Protestants) in the army of William brought the skills of linen-making and a new industrial landscape began to emerge in the early eighteenth century. As the last of the great woodlands disappeared, a rearrangement of the landscape was led by pioneering agriculturalists such as Samuel ‘Premium’ Madden of Hilton at Scotshouse, a former centre of McMahon influence and power in Dartree (west Monaghan). Irregular fields, bounded by blackthorn and whitethorn hedgerows, emerged as a dominant feature of the rural landscape, criss-crossed by an incredibly dense network of roads which carried people and produce to and from the market places in the evolving towns.

Newly-introduced species of trees, and particularly beech, joined native varieties such as oak, ash and alder, although trees of any kind were a luxury enjoyed for the most part only by the wealthy within their walled demesnes. Dairying continued to play an important part in the agricultural economy, butter dealers, like dealers in yarn, acting as middlemen between the producers and the markets in the emerging industrial cities of Scotland and England. The rearing of bull calves for fattening on the rich plains of Meath and cultivation of cereal crops became staples of farm life.

The relaxation of social and religious disabilities in the late eighteenth and early nineteenth centuries saw further changes in the cultural landscape, as meeting houses, chapels and churches were built in increasing numbers to serve a rapidly growing population. By 1841, this was amongst the most densely populated parts of Ireland, Monaghan alone having more than 200,000 people. Within a decade, Famine had drastically reduced that population (west Monaghan being especially hard hit). Although emigration to the United States and Canada and seasonal migration to Scotland and England were established parts of pre-Famine life, in the post-Famine era mass emigration began in earnest and for more than 100 years would continue to lead many of our young people in search of new homes abroad.

Gone too was great linen economy of the region, chimney stacks standing out in their rural surroundings as gaunt testimony to an age that would never return. Such monuments to bygone ages are plentiful throughout the region. Protected in the past by a popular belief in ‘the other world’ of fairies, our archaeological legacy remained largely undisturbed. Nor was the ‘spiritual’ landscape any less revered - holy wells and lone bushes have enjoyed a special place in popular culture and to this day south Ulster remains a stronghold of country cures and charms for virtually any ailment. Traditional music and dance have enjoyed a resurgence in recent decades, whereas the Irish language (still the native idiom in several parts of the region in the early twentieth century), is no longer spoken as a first language, although its use is actively promoted by enthusiasts and there are a growing number of all-Irish (i.e. Gaelic-speaking) schools in the county.

The twentieth century proved as traumatic as any other, as Monaghan (along with Cavan and Donegal) was separated from the rest of Ulster by a border which has remained a focus of periodic civil and political unrest. The emergence of the peace process in the 1990s and endorsement of the Good Friday Agreement has provided widespread hope that such conflict can become a thing of the past. Already, through the work of the EU Special Support Programme for Peace and Reconciliation and the efforts of activists, the process of community rebuilding is under way, grounded in principles of inclusion and democratic decision-making. While nobody underestimates the political difficulties that remain unresolved, there is a general acceptance that the marked improvement in the economic climate is contributing to a growing sense of confidence within communities in the border region.

There are, however, continuing fears for the future of some sectors of the agricultural economy. Intensive production of poultry, pigs and mushrooms and large-scale rearing of beef cattle, have become (with dairying) the mainstay of rural communities in Monaghan and second-stage food processing is of major importance to towns in the region. The efforts of dairying co-operatives and other voluntary and statutory farm organisations are now directed towards diversification and the promotion of off-farm activity, but the future is difficult to predict. What is certain, however, is that the farmers of Monaghan will adapt to whatever emerges, as they have done so often in the past!

Time and historical experience has generated a particular breed of people. Though they wouldn’t care to admit it, the people of Oriel (from whatever period their ancestors arrived here) have been moulded in much the same clay. They are resilient and resourceful, hardworking and thrifty, up-front and honest (if sometimes caustic)! They won’t flatter the visitor, no more than one another, but they will welcome you. They have an enormous pride of place and a sense of who and what they are. The McMahon website is a reflection of that pride and that sense of place. It is a recognition of our shared heritage and of an important strand in our past. It is a tribute to previous generations and a study of their legacy, warts and all!

The laugh from my love you thieved;

You took the gay child of my passion

And gave me your clod-conceived.

You clogged the feet of my boyhood

And I believed that my stumble

Had the poise and stride of Apollo

And his voice my thick-tongued mumble.

You told me the plough was immortal!

Your mandril strained, your coulter blunted

In the smooth lea-field of my brow.

You sang on steaming dunghills

A song of cowards' brood,

You perfumed my clothes with weasel itch,

You fed me on swinish food.

You flung a ditch on my vision

Of beauty, love and truth.

You burgled my bank of youth!

Lost the long hours of pleasure

All the women that love young men.

O can I still stroke the monster's back

Or write with unpoisoned pen

His name in these lonely verses

Or mention the dark fields where

The first gay flight of my lyric

Got caught in a peasant's prayer.

Next Chapter: Epilogue or Closing Remarks

To Learn More About Your Monaghan Genealogy

Other Links of Interest

Learn More About the other Counties of Oriel ~